No to war. No to NATO

Hands off Venezuela! No Coup, No Sanctions, No War
All out on February 23 and March 30

The stakes could not be higher as people across the globe prepare to mobilize in solidarity with the Venezuelan people on February 23 and to oppose the growing imperialist threats of intervention and war. More than 100 cities plan to hold actions this weekend - find and join one near you.
If you have a local demonstration planned, please make sure to inform your local media.
UNAC Statement on the situation in Venezuela

March 30 has been called as a international mobilization to protest NATO as it comes to Washington, DC to "celebrate" its 70th anniversary.  Because of the emergency situation and potential war on Venezuela, the organizers have decided to make Venezuela a focus of the March 30 action as well.  The country of Colombia, which borders Venezuela, has become the first NATO partner in Latin America and may soon be a full member of NATO.  The U.S. and Colombia have planned an invasion of Venezuela in the guise of providing "humanitarian aid" to the people.  As people come from around the country and from many other countries to protest NATO, we want to make it clear to the U.S. government that we will oppose any attempt at regime change from the U.S. and its NATO and other allies.  For more information and to endorse the March 30  demonstration, please go to http://no2nato2019.org/. Start organizing to get to DC on March 30.  We will be joined by people from many countries and more than ever they are depending on a strong US antiwar movement. 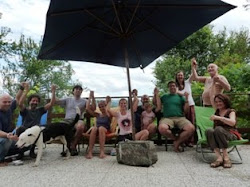